“I believe deeply in American agriculture and the rich reward it can give to all who take part in it. Sharing that opportunity with men and women coming home from war has been a wonderful and humbling experience.”

Michael began farming in 1970. After 20 years in 1990 Michael was hired to run the first organic farm in Salinas, California. Over the next five years TKO Farms became the country’s leading grower of packaged salad greens. In 1996 he became the first Farm Manager for Mission Organics, growing for the Earthbound label and newly formed Natural Selection Foods. In 1998 Michael began a ten year stint developing 1600 acres of intensive organic vegetable and herb production in the northern half of Baja California for Jacobs Farm/Del Cabo, including 30 acres of indoor tomatoes. In 2008 he began the Farmer Veteran Coalition out of the back of his pickup truck.

"I cannot think of any profession that would be more rewarding; this role takes everything that I am and have achieved throughout my life, and utilizes it for the service of the two groups of people I admire the most: our veterans and our farmers and ranchers."

Jeanette’s passion and life experience have auspiciously prepared her to lead Farmer Veteran Coalition. Raised by her Air Force veteran father, she grew up in Erie, Pennsylvania, on a multi-generational family dairy farm. She spent decades in the agriculture banking industry before becoming the Co-Founder and Chief Strategic Officer for Global Water Innovations Inc, where the company created innovative agricultural water solutions. Jeanette is also the Principal for California Food and Agribusiness Advocates with the mission of improving policy decisions for farmers in water, land use, crop protection tools, and international trade.

In addition to a California EPA State appointment to the Los Angeles Water Quality Control Board and a USDA Agricultural Technical Advisory Committee for Trade appointment, she belongs to and has served on numerous agricultural association boards, including State President for California Women for Agriculture. She is well-experienced in advocating for farmers and ranchers and now will add farmer veterans to her list. 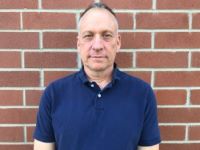 "I'm very grateful for the personal sacrifices our veterans have endured, and I'm humbled by their desire to continue their service by providing for our nation. It's an honor to support their new endeavors in agriculture."

Rachel manages FVC’s Fellowship Program, administering grants that support veteran farmers in their new careers. This program enables veterans to invest in the infrastructure and tools they need to feed their community. After earning a degree from UC Santa Cruz in Community Studies with a focus on food systems, Rachel worked on small-scale farms for six years. During her time in the field, she learned the intricacies of harvesting okra without getting itchy, collecting 600 eggs without cracking any, and bunching kale with one hand. Most importantly, she gained an unparalleled respect for the people who grow our food. Through her work in non-profit organizations, Rachel cultivated relationships between farmers and the community by establishing farm to institution programs. She also provided growers with technical assistance through workshops on topics such as irrigation efficiency, business planning, and marketing.

“The jump is so frightening between where I am and where I want to be… because of all I may become I will close my eyes and leap!”

Paul was born and raised near Seattle, Washington. Fresh out of high school, he joined the United States Marines as a Motor Transport Operator. After his service, Paul’s love for the outdoors led to a career in landscaping and, eventually, small-scale agriculture. He is a University of California Master Gardener, Master Composter, and Hydroponicist. While employed at hydro-organic Archi’s Acres™, Paul harvested hydroponic basil and maintained greenhouse systems. He also worked on a small, family agribusiness specializing in old west homesteading; he cleared land, established a micro-farm, built agritourism projects, managed and harvested acres of lilacs, and taught archery and tomahawk basics to tourists. Paul’s latest passion project is a hydroponic hop and agritourism farm.

“We have 20,000 reasons to give back, and every single one of them has served in the military.”

Growing up in the heart of tech-based Silicon Valley, Natalie’s love affair with agriculture, local food, and farm-to-fork movements was sparked by her collegiate relocation - to the farmland community of Davis, California.  As a UC Davis Aggie focused on studies in Communications and Spanish – including a study abroad in Salamanca, Spain – Natalie naturally landed a position in the wine industry to start the first decade of her career.  Immersed in all things viticulture and enology, she helped grow a small boutique Santa Barbara winery, learning about the intricacies of Pinot Noir and Sauvignon Blanc; she then moved into an Inventory Cost Accounting role for a Napa-based winery. Eventually numbers weren’t fulfilling. She craved helping people and wanted to contribute to a cause that served a meaningful purpose, hopeful to find motivation in a community-focused mission.

Stories of agriculture have become her true passion. Natalie finds excitement in traveling the globe, but even more thrill comes from the chance to meet members on their farms and in their natural element.  A lifelong learner, she appreciates the chance to be immersed in a diversity of agricultural arenas, and hopes to learn something valuable from each and every member with whom she connects.

Natalie’s greatest joy comes from celebrating life’s milestones and little moments.  She loves good music that makes her want to stand up and dance.  With deep gratification from connecting with people and engaging in meaningful conversation, Natalie also believes in the importance of team communication and in being kind to others to build honest relationships and a spirit of camaraderie.  She aspires to get into photography one day. 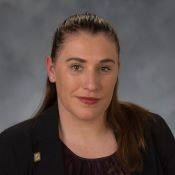 “My family has been blessed by the support and generosity of many veteran-focused organizations. It is an honor to now be apart of one of those organizations and to serve my fellow veterans.”

Isa Marie served for 8 years on active duty in the U.S. Army as a Multiple Launch Rocket Systems (MLRS) Repairer. She completed two deployments in Iraq, totaling in 27 months of combat operations. Her military awards include the Combat Action Badge, the Iraq Campaign Medal with three campaign stars, and four Army Commendation Medals, among others.

In 2012 Isa Marie became caregiver to her husband, Alex, after he stepped on an improvised explosive device while on deployment to Afghanistan, resulting in the loss of both of his legs. Several years after his injuries Alex turned to beekeeping to provide him with a new purpose. Now the two have close to 800 hives, along with goats, chickens and horses.

In May 2019, Isa Marie graduated from Sacramento State’s Business Honors Program where she earned a bachelor’s degree in Human Resource Management and Organizational Behavior. In September 2019 she joined the FVC team as a Veteran Service Provider. Isa Marie currently serves as Committee Chair for Women Veterans Giving and is an active participant in the “Vanquishing the Invisible” portrait project. 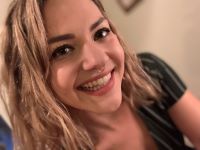 Emily Schmidt first collaborated with FVC while she was a student at UC Davis and became a full-time employee in 2016 after graduating with a degree in Sustainable Agriculture and Food Systems. She worked as an Agricultural and Environmental Affairs Specialist with the Almond Board of California for a year and returned to FVC as a Veteran Services Provider in late 2018. Through her previous outreach efforts and capstone project with FVC, Emily realized her desire to combine her interest of working with veterans and her agricultural knowledge. Emily also worked as a Consultant for American Farmland Trust and as an Agriculture and Environmental Advisor in the UC Davis Internship Career Center. She also interned with the Yolo County Farm to School Program, the UC Davis Arboretum and Public Garden, and 4-H Cooperative Extension. After growing up around agriculture in the Central Valley, preserving farmland and serving local and rural communities has become an interest and passion for Emily. In her spare time, she can be found teaching yoga, in her backyard picking fruit to make fermented food and drink, or adventuring outdoors and traveling with friends and family.