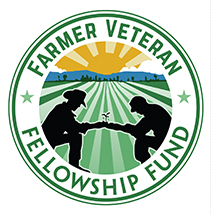 The Farmer Veteran Fellowship Fund announced a record $320,000 in new awards this week. The awards, ranging from $1,000 to $5,000 went to 140 veterans who have already launched, but are still developing, their farm businesses. The grants are paid to third-party vendors on behalf of the veterans for things such as livestock, bee supplies, well-drilling and farm equipment.

This year’s grants put the total amount of purchases made on behalf of the five-year program to well above $1,000,000. Nine experienced farmers and agriculturists selected the grantees from a record 200 applicants.

“We received an influx of highly qualified applicants to the 2016 program,” said Rachel Petitt, Farmer Veteran Fellowship Manager. “Our Advisory Council had the difficult task of granting awards. Each application tells a story of bravery, inspiration and discovery as our members transition from the military to farming.”

Funding for the Awards was provided by Bob Woodruff Foundation, Newman’s Own Foundation, Prairie Grove Farms and Prudential Financial. In addition to these awards, FVC will be granting four new tractors to farmer veterans in 2016 from Kubota Tractor Corporation.

“At a time when the public is concerned about where their charitable dollars go, foundations and corporations that give to our Fellowship Fund can have a direct impact on veterans as they launch their farm businesses,” said Michael O’Gorman, Executive Director of FVC.