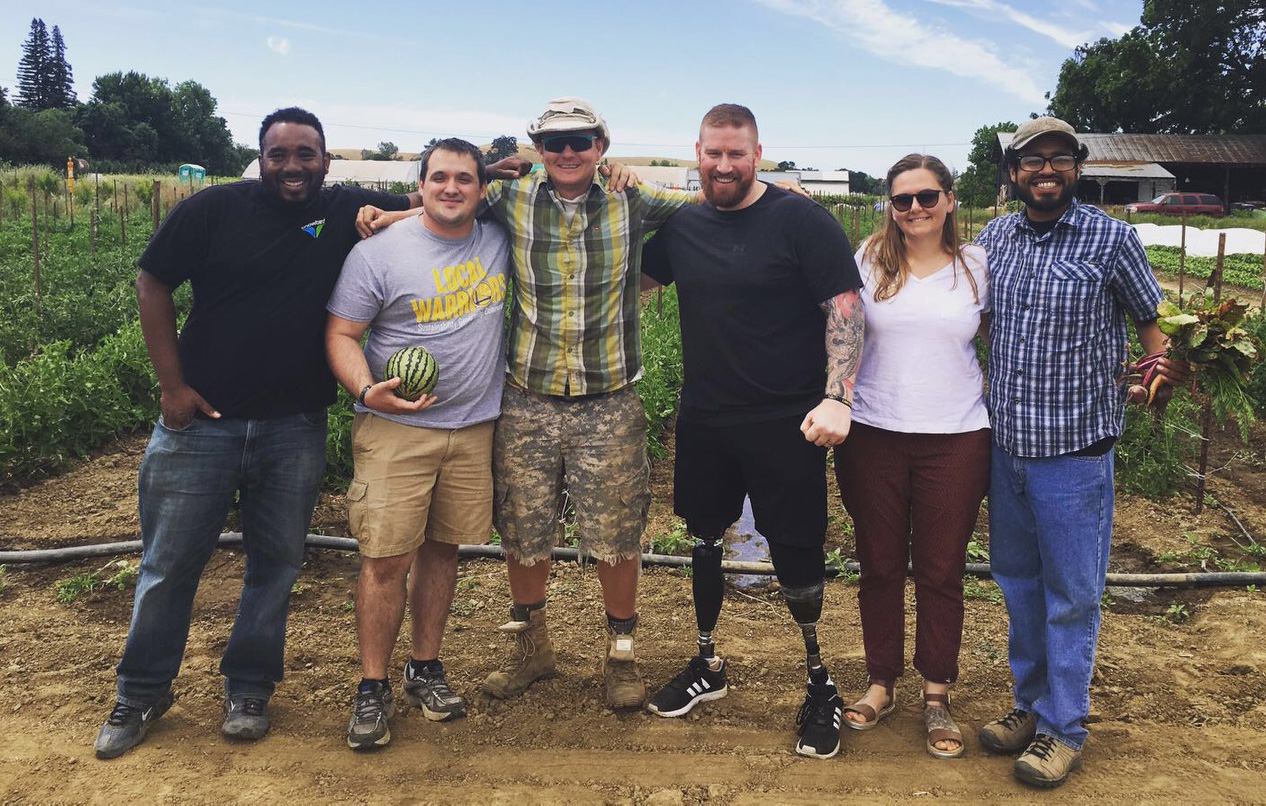 Earlier this month, Farmer Veteran Coalition hosted two British Invictus Games athletes for a farm tour as one of many stops during their visit to San Francisco to share experiences with other injured service members and learn more about programs and services that actively recruit veterans into meaningful careers.

Nathan Cumberland, a 10-year British Army veteran, and Louisa Walker, a 16-year veteran of the British Royal Corps of Signals, made the trip to San Francisco which was made possible by the Invictus Games Foundation and the British Benevolent Society.

The Invictus Games, which were created by Britain’s Prince Harry in 2014, are an international Paralympic-style multi-sport event in which wounded, injured or sick armed service personnel and their associated veterans take part in various sporting events.

“We at Farmer Veteran Coalition felt it was important to take part in this visit to promote cross-camaraderie for veterans who, even though they fought for a different country, are on the same team,” said Yani Bunch, special projects coordinator at FVC. “It was very inspiring to see these British vets who are dealing with serious injuries show such courage and passion for life.”

During FVC’s portion of the visit, Cumberland and Walker toured FVC member Matt McCue’s Shooting Star CSA in Fairfield, California, where they learned about FVC’s programs and services, discussed veteran issues and walked through the various rows of produce on the 15-acre farm.

Other stops on the tour included Google, Lucasfilm, AT&T Park for a Giants baseball game, a video call with representatives from Disney’s Heroes to Work program, and a visit to LIM Innovations, the research and development firm that developed Cumberland’s prosthetics.

“Even though they live in another country, we share similar experiences as members of the military,” said Matt Smiley, a veteran outreach coordinator at Farmer Veteran Coalition. “It was extremely inspiring to see these veterans taking charge of their lives and not let anything stop them, and I’m really proud we had the opportunity to take part in this visit.”