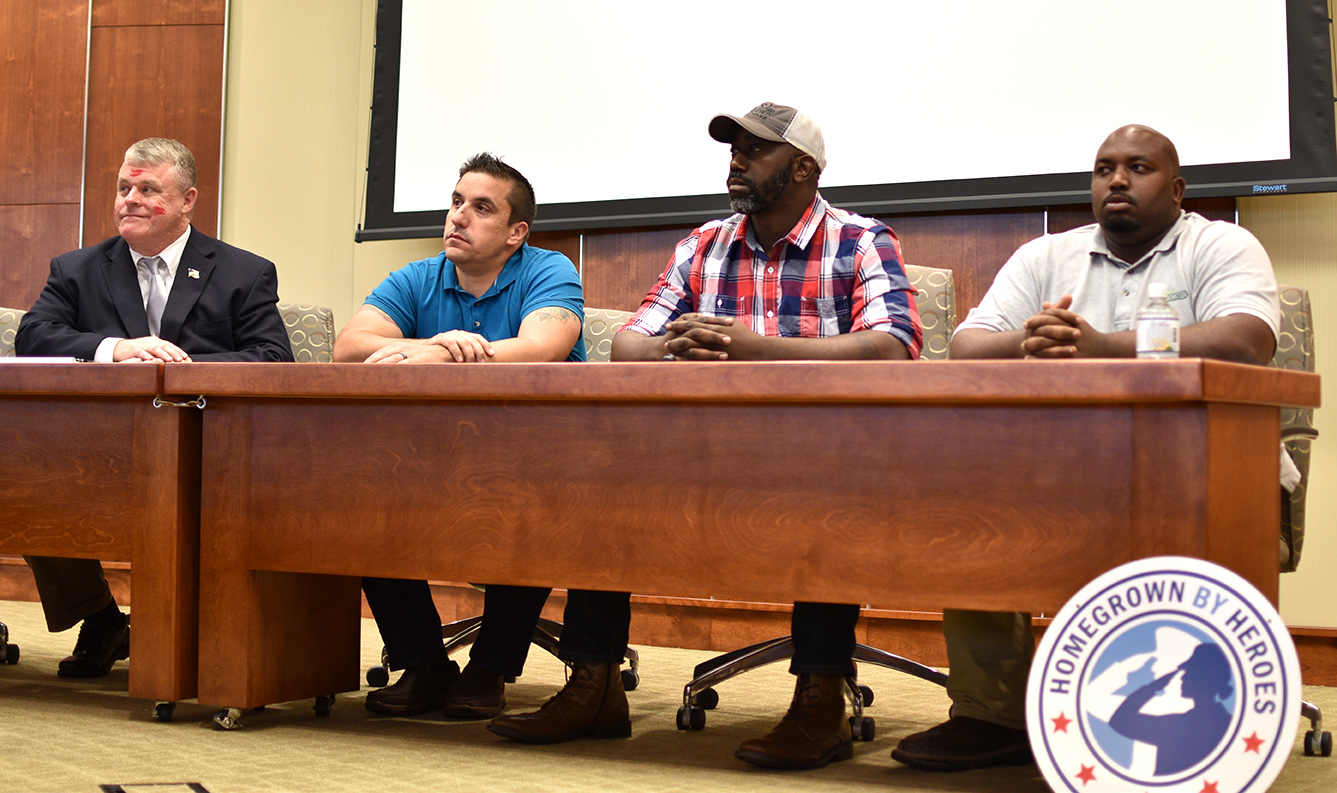 Farmer veterans and veterans aspiring to get their start in farming came together with the government, educational and nonprofit partners that support them at the United We Farm North Carolina Farmer Veteran Stakeholders Conference October 10 at the North Carolina Farm Bureau in Raleigh.

The conference kicked off with a powerful welcome by NC Farm Bureau President Larry Wooten, followed by a high-level introduction to North Carolina agriculture by Farm Bureau’s director of specialty crops, Debbie Hamrick, who closed her presentation with a valuable list of action items to set up veterans for success in their farming endeavors.

After lunch, Marine veteran Robert Elliott, who is involved with a number of veterans to agriculture projects in North Carolina, shared information about The Veterans Farm of North Carolina, a farm project designed and dedicated to returning service members to instruct and train them on all aspects of agriculture.

Next, Army veterans and Homegrown By Heroes producers Marvin Frink, who owns Briarwood Cattle Farm in Red Springs, NC, Davon Goodwin of OTL Farms in Raeford, NC, and Frank Ritz of Gather Heritage Farm in Barnardsville, NC, sat on the Successful Farmer Veterans panel where they shared their stories of how they got their start in farming and how it has helped them find purpose after transitioning from military service. The panel was moderated by retired Navy Lieutenant Commander Joe Byers.

Following the Successful Farmer Veterans Panel, retired Navy veteran Lovay Singleton of the Veterans Employment Base Camp and Organic Garden in New Bern, NC, shared an update on her project which is going through a major clean-up after being devastated by Hurricane Florence last month.

FVC Executive Director Michael O’Gorman closed the conference with some final remarks and encouraged the formation of an FVC of North Carolina chapter. The establishment of the North Carolina chapter will be discussed further at the state chapter meeting, which is open to all interested parties, during next month’s National Farmer Veteran Stakeholders Conference in Kansas City.

Veterans traveled from across the Tar Heel state to attend the conference, which was made possible thanks to support from Altria. All Homegrown By Heroes certified producers in attendance received a free 18-inch, double-sided aluminum sign featuring the new Homegrown By Heroes logo and two lucky veterans received full beekeeping suits with veils.

See more of our supporters.