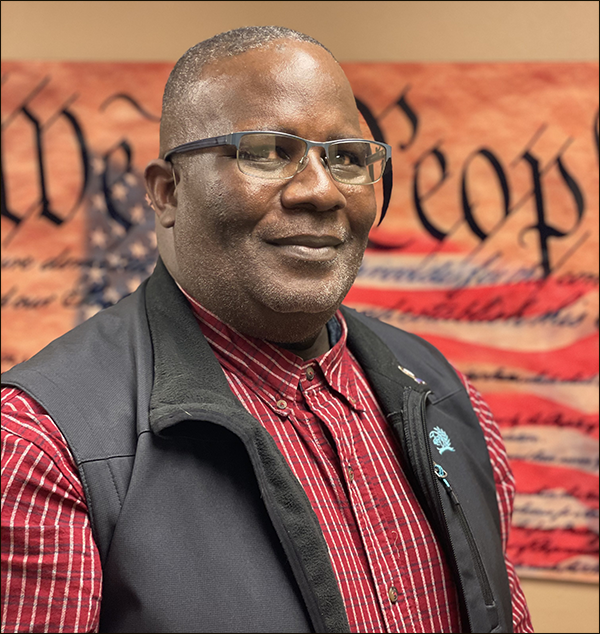 A Fayetteville, North Carolina, native, Lawrence Rhone brings an impressive military and farming resume to the FVC team—and that might be an understatement!

As a veteran of the Army during both the Cold War and Gulf War eras, he served in field artillery as a forward observer which included directing close air support. In addition to his time spent sending rounds down range, Lawrence also became a Defense Language Institute certified translator of the German language and remains proficient as a simultaneous translator. Lawrence is also an Office of General Counsel accredited Claims Representative, a member of the National Organization of Veteran’s Advocates (NOVA), and in August 2021, he was appointed to the Advisory Council on Vocational Rehabilitation by the Secretary of the Veteran’s Administration in Washington, D.C.

On the farming side, Lawrence and his wife and operate Rhone’s Farm & Retreat LLC in Flaxville, Montana, a veterans solution resource where they provide firsthand insight into the journey of acquiring, establishing, and sustaining a veteran-owned, conservation oriented, organic practicing, farm and ranch operation.

To get started, Lawrence used a VA Loan to purchase his farm, an FSA microloan to purchase a tractor and small semi-truck with trailer, and an FSA Farm Operating Loan to acquire the many implements and tools needed to operate efficiently, so he knows a thing or two about helping others navigate through these important processes.

At FVC, Lawrence serves as a project manager which allows him to share his deep knowledge base on both the veteran and agriculture fronts, particularly on the AgVets grant as well as other agriculture career-focused programs and initiatives.

To get in touch with Lawrence, email him at lawrence@farmvetco.org.