Alex was a military guy through and through – dedicated, driven and always seeking adventure.  He loved the Army and never imagined life outside of service.  But one fateful day in Afghanistan set him on a new path…

Born in Mexico, Alex came to California as a young boy and worked in the fields with his family.  After high school he joined the Army, inspired to follow in the footsteps of a childhood friend.  Alex served four combat tours – two in Iraq and two in Afghanistan.  On his last tour, he stepped on an IED.

Chaos ensued.  His vision blurred and his ears were ringing, as his buddy dragged him away.

Alex lost both legs, two fingertips on his right hand, much of his hearing on his right side, and sustained shrapnel wounds to his right forearm.  After being medevaced to Germany, he spent two years at Walter Reed Medical Center in Maryland learning how to live again.

It was upon his return to Woodland, California and his move into his specially adapted custom house built for him by Homes for our Troops that Alex struggled to find new direction in life.

“The military is very mission-driven…and then when Alex was at Walter Reed his mission was learning how to walk,” shared his wife, Isa Marie McIntyre.  An Army veteran herself, Isa and Alex met while on duty in Iraq. “But once he came home he felt lost, he needed a new purpose.”

Alex reflects back on those darker days when he lacked motivation to get off the couch. “I had a friend who was pesky. He kept inviting me. Once I started being active in the veteran community, it got me the motivation to start working. And that led onto other things.”

Now Alex runs Fury Bees with more than 800 hives, and plans to double that number next year. 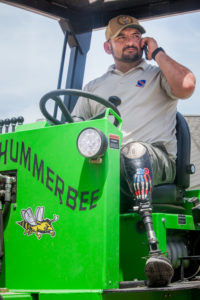 Earlier this year, FVC teamed up with two other veteran organizations – Work Vessels for Veterans and Semper Fi Fund – to purchase a neon green Hummerbee for Alex. Customized for beekeepers with special clamps that hold the hives in place, the forklift helped him make it through this year’s late spring rains, which otherwise wouldn’t have been possible.

‘Fury Bees’ is a nod to Alex’s airborne unit Fury From the Sky.  “The name means a lot to me,” expressed the former Staff Sergeant, as he explained that the unit is a brotherhood that he still remains close to today.  Alex rents out his 800 hives to local farms for pollination of almond orchards.  Eventually, he hopes to grow to 7,000 – a number that would pollinate enough trees to satisfy the snacking habits of 7 million almond eaters for a year.

Agriculture is what Alex grew up around, and is still what he loves.  Being able to do it is both the biggest challenge and the biggest accomplishment for him.  “I’ve tried office positions, I can’t sit behind a desk.  I’m a labor guy, I need to do something physical,” reflected Alex.

It’s that time he spends time with his hives that distracts him from the bad days and offers a chance to clear his mind. “When things get quiet is when things get hard,” Alex revealed matter-of-factly.  Beekeeping has made all the difference for a purposeful life where he feels in charge and in control.

“Farming makes me feel enabled.  I never would have imagined beekeeping but it’s been very therapeutic.”  And while Isa hates bees – “She said I started beekeeping so I could get rid of her!” jokes Alex – she is grateful for this transformation.

Henry Harlan, his longtime mentor who has practically given him the shirt off his back, looked on. “If he ever wore long pants you’d never know that he had a disability. He does everything everybody else I know does.”

But being a double amputee makes it almost three times as much work.  Alex has to take constant breaks.  “I have hard days, but my legs have not stopped me.  Slowed me down, but not stopped me.” 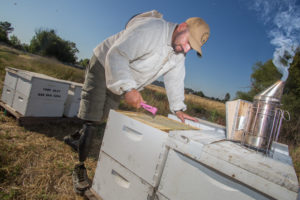 Swarms of bees buzzed around Alex’s head as he opened another hive to look for the queen.  “Smoke makes them more docile.  Some you open up and they’re docile, some you open and they’re just mad,” he explained with a smoker of burning burlap in hand.

While beekeeping is what grounds Alex, he revealed one of his two life passions as he closed the lid on the hive – helping other vets through his involvement in several veteran organizations.  In his always humble way, Alex shared that “being a guy that has very visible wounds, the community support is amazing.  But there are a lot of guys who have done more than I have and don’t have visible wounds; I’d like to see them start getting more support.”

And his second passion?  Alex grinned, “Jumping out of planes.”

Never one to shy away from an adventure, Alex skydives as often as he can through a company just down the road from his home.  It’s that thrill-seeking spirit and desire for adrenaline that will always fulfill him.

For more of Alex’s background and how FVC helped his operation, see the Davis Enterprise. 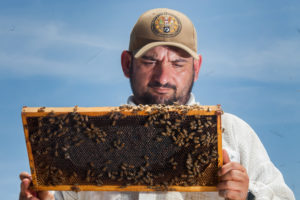 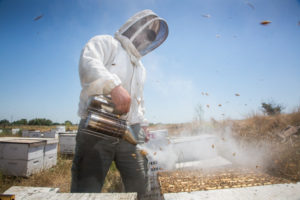 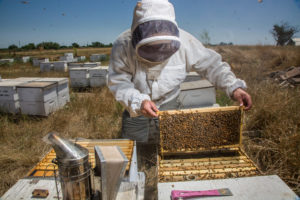 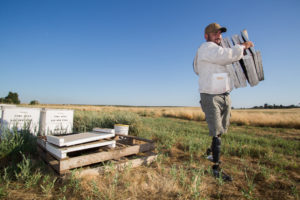 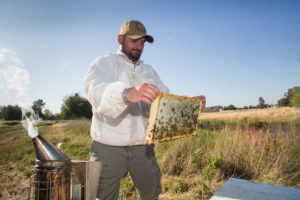 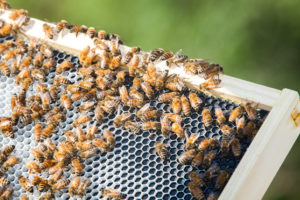 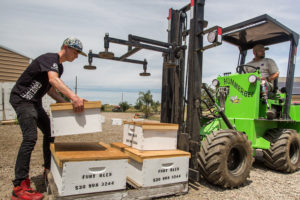 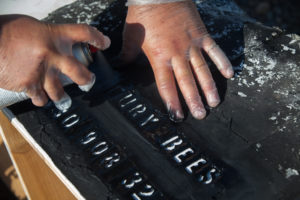 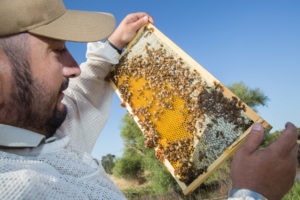 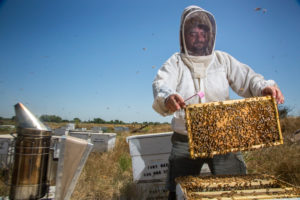 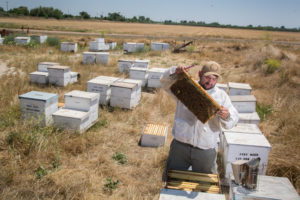 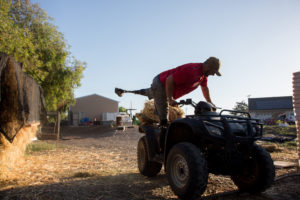 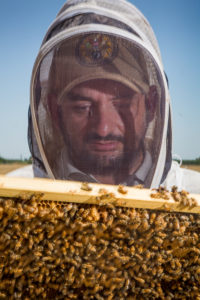 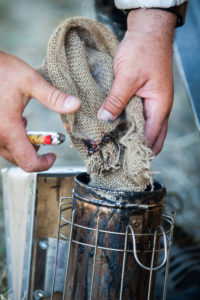 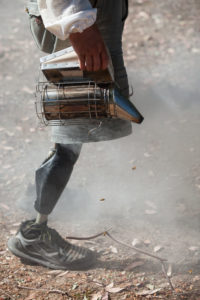 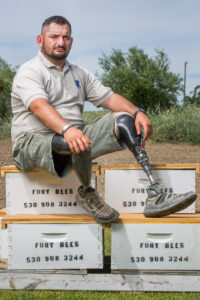 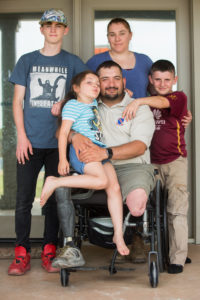 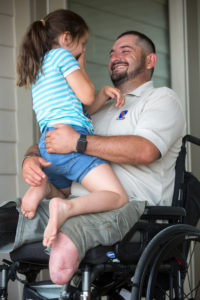 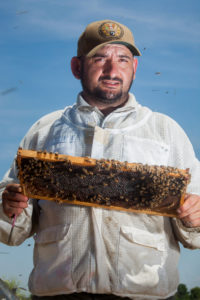