“With each bottle and jar, we are working together to support those proud men and women that are in harms way to protect us all.”

Richard Knetsch served in the Army from 2000-2004 as a 98C Signals Intelligence Analyst. During that time he was stationed at Kunia RSOC in Hawaii with the 408th MI Co.

Back home, he found a hobby – making hot sauces and his STX Chip Salsa for friends and family. People asked if he would ever start selling them. “It really was never something I thought I’d pursue.”

Then in February 2020 his longtime Army buddy Adam, an SOF operator, lost his very close SOF partner Rey “Rod” Rodriguez in Afghanistan. Rick began thinking of ways to help wounded and fallen heroes and their families.

That fall they established Pepper Rick Farms, a small hot pepper farm, producing homegrown and homemade small batch sauces. He started selling his hot sauces, salsa, and condiments locally, and later expanded. “The real driving force behind PRF is our commitment to give back,” shares Rick, who grew up on a cattle ranch in South Texas. “We donate almost all the profits to veteran charities, and never take any personal compensation.”

The Army veteran has been growing peppers for nearly a decade, and grows all different types –  from Farmer Jalapenos to 7 Pot Primo and a variety in between. He mainly grows in containers to control the soil and their organic grow method.

Grown and made on their farm in East Texas, they use only high quality ingredients and spices that share their same dedication to healthy food.  It’s no GMO, no chemicals, no insecticides, just all natural minerals, fertilizer, and pest control.

His line-up sports flavors such as Jerk’N Chick’N, Strawberry Sucker Punch, Montego Bay Pineapple Papaya, Blueberry Whiplash, and The Morning After Bloody Mary sauce. As the most fiery of his sauces, the Kentucky Bourbon BBQ sauce with Chocolate Trinidad Scorpion peppers is a necessity for any grill-lover.

“We are working to expand our plant count this year, increasing our yields to meet the growing demand,” Rick explains their jump from 50 plants to 200. In keeping overhead cost down to be able to donate as much as possible, “My goal is to continue to grow PRF, all the while keeping the focus on heroes that deserve it.”

He acknowledges that Farmer Veteran Coalition has been very inspiring. “[FVC] has shown that there are many other veterans out there that are willing to help and provide support when needed.” 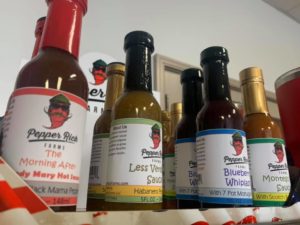 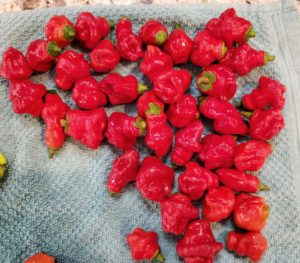 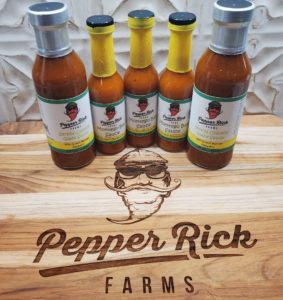 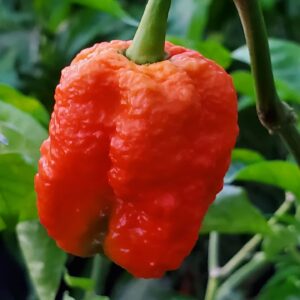