I realized that I would be at my happiest farming, and sharing the goodness of good work on good land with the people I was lucky enough to encounter.”

In the winter of 2011, Frank received a Bon Appétit Good Food Fellowship through the Farmer Veteran Fellowship Fund. The Fellowship Fund helped him start 23 beehives on family property, allowing Frank and his partners to create estate mead. Frank’s family has farmed for many years and his grandfather taught him to make mead as a young adult. As a Bon Appétit Good Food Fellow, Frank is carrying on his family’s tradition, and serving as an example for other veterans who strive to be small business owners. 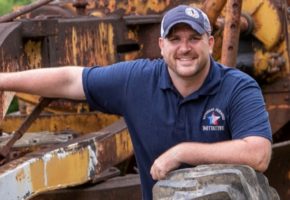 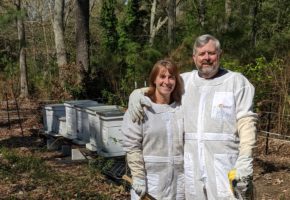 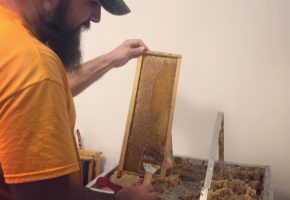