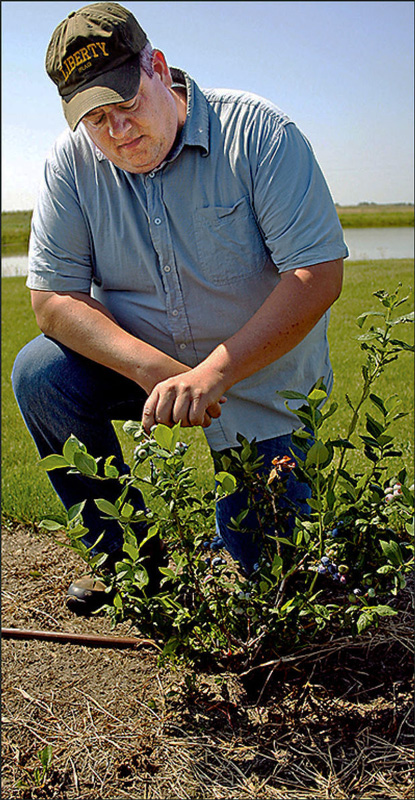 Jason grew up on a farm in Iowa, growing tomatoes, bell peppers, and onions. He graduated from the University of Northern Iowa with a Bachelor’s degree in Organizational Communications and Business Management, and a minor in Tourism, and began his career managing hotels, upon his graduation from college.

The 9/11 attacks struck a deeply emotional chord with Jason, and he felt a strong need to help. He knew he could make a difference by getting involved. In 2003 he joined the Army and was deployed as a machine gunner and Route Reconnaissance and Patrol & Convoy Security.

After his discharge from the Army, he worked for the State of Iowa as a Veteran’s Representative, and helped veterans find employment, develop resumes, conduct job searches, connect with the Veterans Administration, and pursue higher education.

Needing an even greater challenge with productive work that would allow him to see the fruits of his labor, he opted to return to farming. He decided to grow blueberries, a more difficult crop for the area. This provides him focus on the task at hand, and tremendous emotional healing.

In 2011, Jason purchased a home on 10 acres, which includes a pond, barn, and land for his blueberry crops for a “Pick-it-Yourself” farm. He has 1200 blueberry plants, which are mature enough for the farm to open for business!

Jason was awarded a Bob Woodruff Farming Fellowship, which was instrumental in receiving additional funds from Easter Seals of Iowa in conjunction with Sodexo. The combined funds were used to drill and cap a well for crop irrigation. Prior to the well, he used his pond for irrigation, which proved especially difficult given the physical challenges from his injuries.

Jason has enrolled in the Homegrown by Heroes program, making him one of the first in Iowa to certify his products through HBH. He anticipates the program will help to boost sales. He will proudly display the HBH sign on his property, and give it a prominent placement in his social media to show that his blueberries were grown by a U.S. Military veteran. Jason feels that displaying the HBH logo can mitigate the need for a written bio, as it’s likely to open up the conversation with customers when they see it.