Kevin Plew enlisted in 1979 in United States Coast Guard and served 4 years on active duty.  He then joined the Army National Guard and retired as a Master Sergeant in 2006.  He served overseas in Puerto Rico and deployed to Kuwait in 2004.

Since 2011, he and his wife Patti now own and operate Plew Farm, a diversified farm in Mount Holly, Vermont They raise pigs, beef, turkeys, chickens, eggs, maple and hay on our 150 acre farm.

Maple syrup production was a natural addition, as Patti comes from a long line of sugar makers (7 generations!).  Their syrup is still made over a wood fired arch, just like Patti’s grandfather did back in the day.

“Maple season is a time when all of our family members gather in the sugar house to help boil, feed the fire, and of course… taste test samples!” Kevin explains: “We take great pride in sustainably managing our sugar bush so that it produces quality sap, provides habitat for wildlife, and will be viable for the generations to come.”

In addition to maple syrup they also make maple cream, maple candy, and maple almonds, all of which they sell through their website as well as at their farm stand on the property.

“Being a member of the FVC enables us to communicate with other veteran farmers who speak the same language and because of our service, share a common set of experiences,” reflects the veteran. And Plew Farm benefits from the Homegrown By Heroes branding label too, which has brought many veterans and supporters of veterans to the farm stand over the last 5 years. 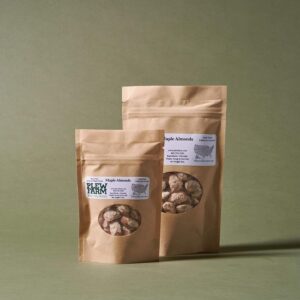 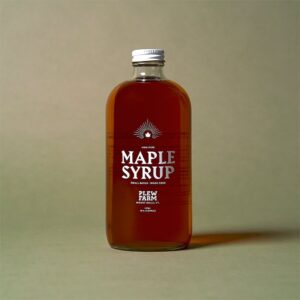 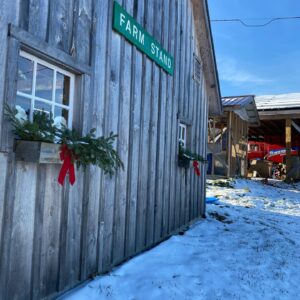 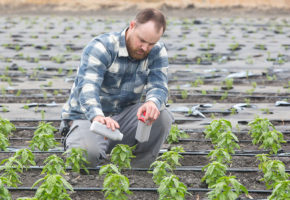